The Point is to Understand 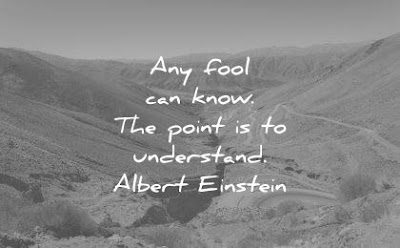 Similarly professional and advanced musicians know what it takes to play at their level/caliber, but very few understand career ending setbacks because it requires experience - having gone through the same devastating injury/disorder in order to help others.

This goes double for those who help others with focal dystonia because research has shown that the most effective rehabilitation strategy so far (besides DBS/brain surgery coming in at #1) has been retraining the sensory and brain pathways in order to restore motor skills. This is no easy walk in the park.

Who understands the process better than musicians with the disorder and professional neurologists who invest years of research into studying it? A neurologist who is dually a dystonic musician and medical professional would be highly sought after if one where to exist.

Because there is no known cure means that treatment is symptomatic. Just because there isn't a cure or etiology doesn't mean musicians with dystonia should ignore their symptoms.

I say this because I've had several brass professionals and teachers tell me and other dystonic brass players to ignore the symptoms, not get caught up in addressing individual symptoms and instead focus on musicality and air. There are so many things wrong with that advice I could write a book!

That's like going to the doctor and telling them, "I don't know what caused this cut on my leg, so please don't treat the symptoms/bleeding!"

There are a number of things that could have caused the cut, but what really matters right now is visually obvious. Even if the bleeding isn't successfully stopped all at once, we must attempt to and go from there.

If you look at any disorder or illness that doesn't have a known cause or cure (there are a lot), the only solution is to focus on alleviating the symptoms! This is important because finding ways to decrease the various symptoms (even if not a cure) leads to overall improvement and in return this increases the person's quality of life.

Treatment is not just about finding a cure. Treatment involves overall well-being of the afflicted person and giving them the tools to reduce their symptoms as much as possible so that even if they can't completely overcome it, they can come very close. In fact, enough to manage it and re-establish their love of playing again. It gives them hope. Most importantly they witness progress and it's through this process of understanding we learn more about how this complex disorder works!

We can't just throw everything we know about it as a neurological disorder out the window just because there is no cure yet. I say this because again, I have been told (along with other dystonic brass players) by professional brass players and teachers that due to there being no cure we should dismiss it as a neurological disorder (as if doctor's randomly labeled it focal dystonia for no good reason and none of the research and evidence means anything).

Do you think telling a musician with dystonia that it's all in their head is going to help when you don't even know anything about the disorder, have never had it, and you're just making assumptions and believe you're right because you've evading injury or due to your status/reputation makes you more qualified to give advice?

Let me tell you the quality of skill level and good habits in a musician does not make you less likely to develop dystonia or avoid an injury.

In fact, you are more prone to developing focal dystonia if you are healthy and at a high skill level - e.g. an established professional musician, advanced or highly skilled amateur, classically trained (e.g. a classical musician), natural, fast learner/have always excelled in your studies and playing, in leadership positions, at the height of playing level, male gender, middle-aged, have writers cramp or it runs in the family or dystonia does.

Telling a musician with dystonia to ignore the symptoms is ridiculous, or to stop retraining with another dystonic musician just because they are not a doctor is illogical (how the hell else are we going to gain any insight or move forward?). Equally it's unfair to tell them that no neurological rehabilitation method is worthwhile just because it's not a definite cure. The same goes for telling them to not try standard medication prescribed (for some it actually helps). And more aggravating is when others tell musicians with dystonia to not trust neurologists.

Yes, there are few neurologists who really understand it in-depth, but the ones that do are on our side and researching it because they want to help us. We must not forget that. We need them, and they need us in order to find answers.

By telling musicians with dystonia to avoid seeking the help of others who have it, avoid neurologist, ignore the research, ignore the symptoms, and only trust professional musicians who have never dealt with an injury/disorder is highly presumptuous, misinformed, dangerous, and just plain stupid logic.

Yet this is how things continue to be. Can't tell you how many times I've been told to go talk to "so-and-so" (insert name of random professional musician who knows nothing but how to give advice on mechanics, technique, breathing, or who tells me it's all in my head). It may be out of good intention but it's more harmful than helpful...and disappointing.

Stop with the assumptions, bad advice, and not giving musicians who actually have experienced career-ending setbacks and understand the situation credit.

Just like the treatment of most other neurological disorders, focal dystonia treatment must be individualized and requires great depth of understanding; not only from a medical standpoint, but from the viewpoint of the afflicted. Therefore, both sides (neurologist and dystonic musicians) must come together to create a holistic and cohesive approach. 💕