Milestones: Played Horn in A Group for the First Time in Six Years! 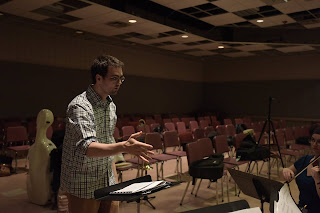 A few months ago I received a message from a former UNI (Iowa) classmate of mine named Michael Conrad. He is the current Graduate Jazz Teaching Assistant at UNC (Colorado)...which is one of the schools I attended in my undergraduate studies. He had asked me to sub for the horn player in the UNC Jazz group he works with.

At first I was a bit hesitant, but remembered how much I loved playing his compositions in my undergrad. Since then he's gone on to win numerous awards for his compositions. I informed him that I still was coping with dystonia and could play as long as it wasn't anything too crazy. He sent me PDF's of all the music to check and I told him it all looked doable, so I went ahead and took a huge step/leap of faith and drove up to Greeley to rehearse with them. 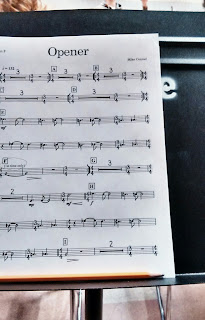 I have to say it was one of the best experiences and decisions I've made this year! I was both excited and scared. But if anything, it proved that I have come a long ways with my embouchure dystonia, and that I must not ever give up. Right around the same time I received the news that I was selected as a participant in a research study on FTSED. Going to this rehearsal made me even more ecstatic for the upcoming research. 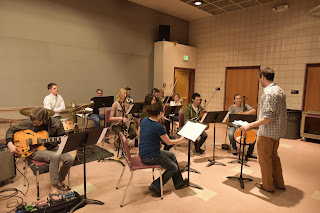 I'm grateful to Michael for thinking of me even though I had not played the horn in a group since 2010, and for putting so much trust in my playing...even if it was just a rehearsal...I wanted to put my best foot forward. I also was very happy to see a former classmate at a former school I attended...it brought up a lot of memories and nostalgia from my horn playing days. Which is always an amazing feeling to remember!
Posted by Katie A. Bergløf

I am now listed on the PAMA website as a referral. I registered encase anyone needed someone to talk to about FTSED and having trouble finding information on the subject. Again, I'm only doing this for the purpose of leading others to information, research, and/or help with FTSED if they are diagnosed with it and are unsure of where to go/what to do. 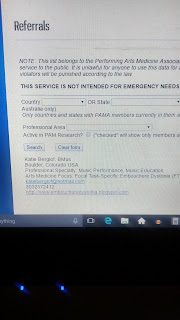 A couple photos from vacation in early June for my birthday! Too many to post on here, but all-in-all it was the best trip taken. Spent a week in Seattle and Olympia visiting family and touring around. 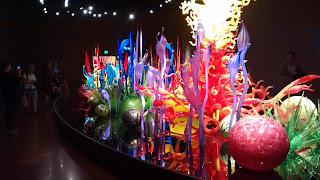 A couple photos from throughout the year! I'm looking forward for fall to return and school to resume. Currently I'm assistant teaching at a Montessori school for the summer, but still missing my music students soooo much this summer. 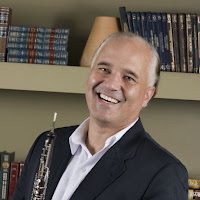 It was so wonderful seeing some good news for once lately! Today I opened my browser to find news articles posted on Alex Klein returning to the CSO after stepping down in 1995 due to Focal Hand Dystonia. Here is the Chicago Classical Review Article over his new appointment in the orchestra! Congratulations Alex! This news brings so many of us hope and happiness.
Posted by Katie A. Bergløf