*All recorded/played with a straight mute.

Just recorded this after rolling out of bed. Whenever I haven't done my hair, makeup, or in my PJ's, I just zoom in 4.0 X on my embouchure. hahaha! ;-) Literally look like I woke up in a hay bail behind the camera. Even though my embouchure still looks like a crazy frowny mess, it's actually the most stable I've played on in years.

You'll probably notice when I play on my farkas deep cup I tend to shift to primarily upper lip, and lately the setting has been moving more to the right side, and although it's comfortable, I frown a lot more/embouchure collapses more. Whereas with my Dennis Wick Heavy Weight Mouthpiece in previous videos (the latest mouthpiece I play on sometimes) is primarily center lip with more lower lip involved and less frowning. I will use my Dennis Wick on days where my muscles just can't handle very much, as it requires less effort. However, I will always love my Farkas Deep Cup because of it's tone, and most of all when my symptoms aren't that bad and my muscles can handle it, it's so much fun to play on and I feel more stable.

I can grasp notes, tongue most, start and end majority of phrases. Most of all no spasms, just mainly lack of endurance or embouchure collapsing because of it...but luckily not collapsing because of the dystonia...there is a difference, but I can't explain it because it's something you feel with your sensory.  Also that dang lower lip on the left side has a mind of it's own as much as I try to flex it when needed.

Anywhoo, my phone wouldn't let me record more due to space, so I labeled these as snippets.

I'm not quite to the stage of being able to add in more musicality or to focus on that because I don't have that level of control quite fully yet. Definitely can't "polish" things up....there is no such thing as polishing things up when you have dystonia, unless you are nearly at a 99% recovery.

For now I'm just happy to be able to get through quite a bit despite the air leaks and collapsing embouchure.
Posted by Katie A. Bergløf No comments: 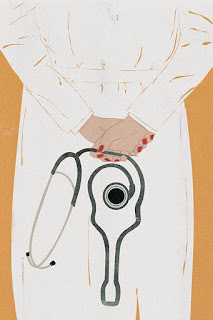 Please check out this article about her, titled, "Musician's Get Hurt A Lot: Paging Dr. Serap Bastepe-Gray"

I wanted to highlight her since not many might know about her. Currently located in Baltimore. Her husband is also a fellow guitar teacher at Peabody. Please read the article linked on here, it is worth the read. Can't thank her enough for the substantial amount of work she is doing to further the field of music and medicine through John Hopkins. <3

Dr. Bastepe-Gray, a physician and virtuoso guitarist, moved to the United States from Turkey in 1992 to study spinal cord regeneration as a visiting scholar at the Medical College of Pennsylvania.

She graduated from the Peabody Conservatory with a bachelor and masters in Guitar Performance in 1996 and 1999. She holds an M.D. from Hacettepe University in Ankara, Turkey, and an MScOT from Towson University.

She holds joint appointments at the Johns Hopkins Department of Neurology and the Peabody Conservatory.

In collaboration with Dr. Alex Pantelyat of the Neurology Department, she has assembled an interdisciplinary team of 70 experts to form the Johns Hopkins Center for Music and Medicine in order to promote research and help restore and preserve the proficiencies and talents of musicians all over the world.
Posted by Katie A. Bergløf No comments:

I Won't Give Up, Even if Frustrated 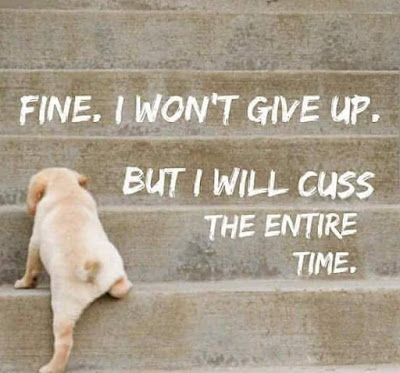