Check this out! Is someone making a film about musician's dystonia (hand dystonia)???? If so...wow!!! Can't believe it! What a huge first step in awareness (this has got to be the first film about it ever). <3

Would be cool if someone did one over Robert Schumann since he was the earliest known case of musicians dystonia in history thanks to his detailed journals/writing (Robert Schumann's Focal Dystonia by Dr. Altenmuller: https://www.karger.com/Article/PDF/85633)....but I digress. Wish I could have seen the premiere. <3

Update: Found more information on it. Posted below.

Dystonia is a short film about a violinist named James Wong (played by Kenny Wong) who, while studying at McGill University, is diagnosed with Focal Hand Dystonia: a neurological movement disorder causing the muscles of a player’s hand to involuntarily contract.

(Video) Timeline: My Embouchure Dystonia Rehabilitation Over The Years

By FAR one of the most embarrassing videos of my face....lots of closeups, while having dystonia over the span of several years, while aging, while rolling out of bed, while gaining and losing weight, while going into my mid-30's, and crazy life stuff in general.

Wanted to post this for those who have Embouchure Dystonia. Keep up your efforts...I know it may seem like a long journey, but you can do it! <3 I'm new to editing videos even though I post videos on my blog all the time ....so have patience, will get better over time with practice.

This is the first timeline video I've done of my playing....approx 30 minutes. Please understand, even though I'm comfortable with showing my playing because I feel it's important and for a good cause, it doesn't mean I'm not vulnerable.

There's a reason musicians don't show this disorder upfront and why it's rarely documented thoroughly as such. Auff! 📯💔 Feel free to share though! I hope to spread Musician Dystonia Awareness.


I love that they mention body mapping. Many music departments at universities are now offering courses or summer seminars in Alexander Technique, Feldenkrais, and Rolfing.

Happy to see a news article spreading awareness of musician injuries/disabilities, explaining how common injuries are, the importance of health education, and how adaptation is a key component in recovery (this also applies to dystonia).

Last, but not least, it's more than inspiring to see flautist Leslie Thompson share her journey of surviving a car accident and her determination to continue playing music.

She was fortunate to have Andree Martin as her professor during this time, who understands disabling setbacks all too well. Andree is not only trained as a body map clinician (Andovers Educator), but has recovered a great deal herself from focal hand dystonia and has a remarkable journey to share too.
Posted by Katie A. Bergløf No comments: 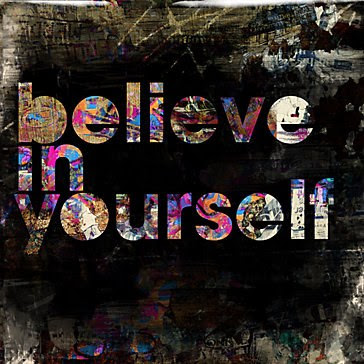 Have No Fear and Embrace Life

"I am not afraid of difficulties. It is perhaps easier, and certainly safer, to follow a beaten path, but it is also dull, uninteresting and futile." --Dmitri Shostakovich

I saw my friend Richard Ware share this insightful article, so wanted to pass it on....hit "continue reading" in order to see full article.

NICE, France — A new review suggests musician's focal task-specific dystonia (MFD) often occurs subsequent to a triggering factor, such as a change in technique or increase in practice, and that many patients have concurrent ipsilateral neuropathy, particularly ulnar neuropathy, suggesting it may be an important risk factor, researchers report.

MFD affects 1% to 2% of professional musicians, is an important occupational disability, and can be career-ending. The most common form is musician focal hand dystonia (MFHD), with onset in adulthood at the peak of performance careers.

Less common is embouchure dystonia, which affects woodwind and brass players. Typical treatment with botulinum toxin injections and retraining are most often unsatisfactory.

A review of 2649 case records of performing musicians from health clinics treating performing artists at the University of California San Francisco (1984-1989) and Partners HealthCare in Boston (1989-2015) identified 240 consecutive cases (9.1%) of MFD. Cases were compared with a cohort of 532 nondystonic patients with ulnar nerve entrapment.

In addition, of the 66 patients with MFHD and ulnar nerve entrapment, all but one were ipsilateral. "It's quite a striking finding," he said.

Predictors of MFHD versus ulnar nerve entrapment included male gender and playing professionally (both P < .0001). Predictors of worse outcome included the number of fingers involved with dystonia (P = .0009) and being an amateur musician (P = .0138).

Ten percent of the dystonic cohort had a family history of movement disorders, whereas this was very rare in patients with ulnar nerve entrapment only.

The MFD population was about 70% male, consisted mostly of professional musicians but also 30% amateurs and about 8% conservatory students. The age of onset was about 36 years but with a wide range of 10 to 67 years. About 72% performed classical music, 16% jazz, and 12% other genres.

A side predilection depended on the kind of instrument, for example, piano or plucked strings. MFHD was rare in brass and percussion players.

Of the 215 cases with MFHD, 160 (74.4%) had a pure flexion dystonia, most of them with flexion of the ring and little fingers. Extension-only dystonia occurred in 25 patients, and most of them played woodwinds.

The majority (72.2%) of MFHD patients had reported an associated event prior to developing the condition, whether musical (eg, increased practice, new technique, or a new instrument) or nonmusical (eg, concurrent neuropathy, overuse injury, or emotional stress or trauma).

Fifty-two patients (24.2%) received botulinum toxin injections, with 30% of them having substantial improvement, but most discontinued this therapy due to lack of benefit. Oral medications were minimally effective in treating dystonia in MFHD but sometimes helped treat tremor.

"So it could suggest that having surgery, if you do find an ipsilateral ulnar nerve entrapment with dystonia...may help some patients have a substantial improvement after surgery, but not in general," Stephen said.

He noted that changing to a different instrument helped some patients, but even then over time dystonia developed with that instrument as well. Just over half of MFHD patients continued to play but were impaired.

After Stephen's presentation, a lively discussion ensued between him and Alberto Albanese, MD, Catholic University, Milan, Italy, one of the leaders of the poster tour. Albanese raised the possibility of better training in technique to avoid dystonia.

"I was thinking that probably appropriate training to some extent prevents future dystonia because I follow the director of the conservatory in Milan, and I discussed with him many times about how to train musicians from the very beginning to try to prevent dystonia," he said.

Although an interesting idea, Stephen said the study involved people who already had dystonia and explored what were predictors of worse outcome. But he agreed that better training may help avoid dystonia. "It may also give them the expertise to be able to still play to a decent level and adjust the repertoire," he said.

"Well, it depends on the severity because they try as much as they can because they love music. So for them to stop is really a problem," Albanese concluded.

There was no funding for the study. Stephen has reported no relevant financial relationships. Albanese has received speaker's honoraria from Allergan, Ipsen, Merz, Medtronic, and Zambon.


So happy to see you featured Julianna Nickel!!! What I have always looked up to most about you is your straightforwardness when it comes to pointing out the truth/facts about focal dystonia, and for always seeing both sides of an issue clearly. Thank you for continuing to share your journey! 🎶💕
Posted by Katie A. Bergløf No comments: