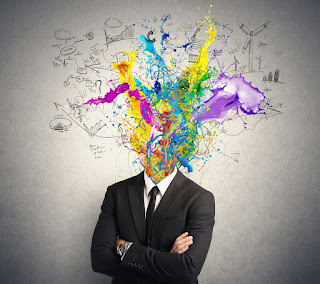 First article is titled: "What DOES it take to be a Professional Orchestra Musician?"
This blog post also points out something that is a significantly huge part of preparing for focal dystonia rehabilitation! Changing your mindset from a performance technique mindset to an exploratory mindset full of love, creativity, and adaptability.

Everything taught to you haas to go out the window. Foget it all (i.e. all knowledge and practice of technique, embouchure formation, setup, proper breathing...). Literally have to deprogram everything so you can start over and start physical rehabilitation from a healthy mental place. Not easy because musicians instruments and reputation are woven tightly into their identity.

What a great article! If you're like others who lean more towards this side, do whatever it takes to regain even a little ownership of your own voice/sound and expression in music. This is why guitar has always been my secondary instrument. It allowed me to feel creative and free of many limitations at times, or when demands got tough.

Second article is titled: "Focal Dystonia of the Hand and What the Brain has to Do with It"
A glimpse at part of the article:
"We get similar effects in blind people who read Braille with several fingers at once: they develop a single representation of all these fingers on the somatosensory cortex, but are not able to determine which part of the information received in the brain comes from which finger. Psychologist Thomas Elbert further points out a parallel of this in all of us: our toes are generally stimulated only simultaneously as we walk, and most of us have trouble telling which of the middle toes has been touched upon application of a light pressure stimulus. Indeed, our toes are not individually represented on the somatosensory cortex as our fingers are."


"Dr Merzenich of the University of California San Francisco calls focal dystonia of the hand a “learning-based catastrophe” and a “failure of the brain’s learning processes”. Consequently, he focuses on developing techniques that will help to “re-normalize the learning system”, in helping to newly distinguish the areas on the somatosensory cortex that have become blurred. Although this approach is very new, Merzenich claims some good results in training children with linguistic impairments, such as dyslexia, which show similar blurring of representations in the brain." 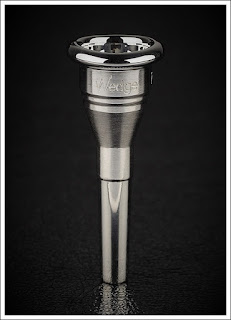 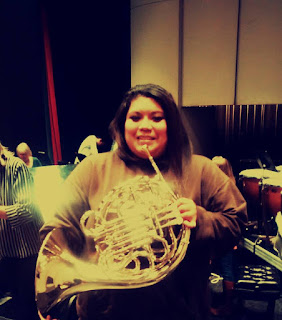 I had the honor of performing with the Longmont Symphony Orchestra in Colorado this last weekend. I took a risk and said yes to subbing for the 4th horn player, thinking that it would be doable with a couple easy pieces and one large more difficult piece.

But boy was I wrong about the programming! The concert included Pines of Rome, Enigma Variations, Daphnis & Chloe, and Strauss's Four Last Songs. There was transpositions in bass clef and old notation in some of the pieces and a tiny solo for 4th horn.

I had never been much of a low horn player, even before dystonia, I primarily held principal positions. It was too late to turn back now. Plus I had worked so hard and looked forward to such an opportunity for so long! I decided to prepare for it and hope for the best come rehearsal time. We only got two rehearsals and then the concert.

I was surprised that things went so well! I was so nervous about my dystonia kicking in during the long stretches of held notes throughout all of Strauss. I was scared that either spasms would violently through me off the notes (i.e. ending them abruptly), or I wouldn't have enough grasp on the notes to adjust my intonation if needed to (combined with using my right hand in the bell). But all the pieces turned out to be totally doable thanks to my mouthpiece that made things so much more comfortable.

I have been playing trumpet on a daily basis with my students. I have one class of literally 10 beginner trumpet players this year. For over a year now I've been having to play so many different instruments due to teaching; mainly flute, clarinet, oboe, trumpet, and trombone. On all of them I started out shaky, but my dystonia symptoms have receded a great deal over the year.

Trumpet is the one instrument I've spent the most amount of time playing. My dystonia symptoms are actually significantly less severe on trumpet than any of the other brass instruments. Luckily I own a french horn mouthpiece designed by a trumpet player (you can totally tell if you ever get the chance to look at it) and it looks like a trumpet mouthpiece almost. The rim is contoured like a trumpets, the body is funnel-shaped, but then it is a heavy and thick/dense mouthpiece. Probably as heavy as a trombone mouthpiece.

The feeling of the trumpet rim (it's A LOT of RIM!) on a horn mouthpiece has done a bit of sensory trick for me and my symptoms don't kick in as often. I can't play very much in the high range, but that's due to the mouthpiece and it's rim contour and thickness. However, my notes are stable.

Enough about my mouthpiece! Here are some photos from my first rehearsal. Both rehearsals and the concert went smoothly. I definitely needed that feeling of playing in an orchestra again. It was way over due. I took a risk because I knew I could do it, even if it took a lot of physical effort. I was very proud of how much progress I've made and that I'm able to perform even the slightest bit or every blue moon again. There have been so many days, months, and years missing playing with an orchestra, so even having the chance to relive it once again, just once, is a dream come true! 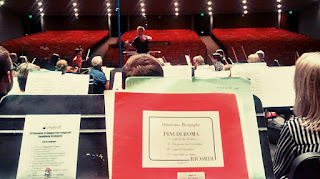 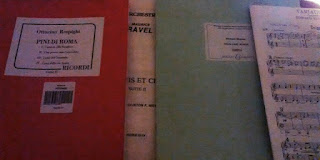 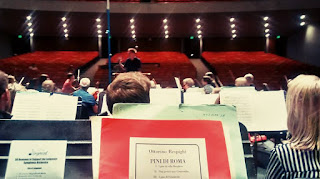 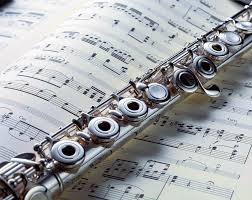 Andrée Martin, flute professor at Columbus State University, writes a blog called Observing Dystonia and documents her FTSHD (Focal Task-Specific Hand Dystonia) retraining. Recently Andree posted a blog I found interesting on progress through the use of dowels, which I posted below. She is actually trained in Alexander Technique and Feldenkrais (http://summerflute.org/andreemartin/) which both dwell in body-mapping techniques.

This was such a great read, and I'm very happy to see a professional musician sharing their journey through recovery!!! It gives many hope and comfort knowing they are not alone throughout their own obstacles in overcoming this disorder. Thank you Andree!