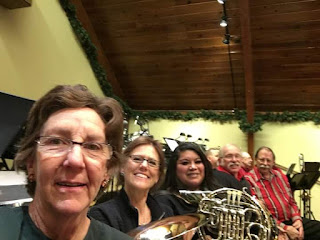 Hi everyone! In case you didn't know, I took a huge leap and started playing in a local orchestra again this past November. It's a community orchestra, so nothing too crazy or strenuous on my face. I'm hoping it will allow me to take my time re-introducing myself to playing more on a consistent basis.

It definitely has been helping a lot! Granted I never could have handled this years ago, and I would never recommend playing in a group during the onset or height of dystonia. However, I find it majorly beneficial at this stage of recovery.

There was a time when I realized I had to get back into the swing of things, instead of just taking small gigs or subbing. However, it can seem like a journey in itself trying to find the right environment that supports you and willing to take an injured musician in. Most of the time I have to mention it afterwards and hope for the best, and if not, then it's not where I want or need to be in the first place.

The last big orchestra gig I did was in 2017 for the Longmont Symphony, which is an advanced and professional sounding orchestra. Therefore it was nerve-wracking at first, but oh boy, did I have sooooo much fun just being surrounded by players of that caliber and feeling alive again. I played 4th horn on Pines of Rome, Daphnis and Chloe, Strauss 4 Last Songs, and Elgar Variations.

However, my very first time playing in a group since 2010/diagnosis was while subbing for a horn player in a unique jazz-orchestra ensemble called All Angles Orchestra, created by a former classmate of mine (Michael Conrad) who happened to be the doctoral teaching assistant of jazz at UNC (Colorado) at the time. He's now a professor and won several awards for his compositions. I didn't expect him to reach out to me because it had been so long (we attended undergrad together in Iowa) and also because of my setback, but I was so happy he did. It really pushed me to take that first leap of faith.

It can be a bit scary every time you take a gig, or even just playing alongside others at first. It can also be physically taxing committing to a group on a weekly basis if you're not sure you are ready or playing more makes your symptoms worse. It really depends.

However, I think if you are optimistic and know your limitations very well of what you can handle or not, everything can be manageable. The relapse days can be brutal sometimes, but they don't happen as often anymore, and very rarely are they so severe that I become concerned.

I still get to play some decent repertoire; we had our christmas concert in December, and now started opera season and some other great pieces. I'm playing 2nd (but currently covering 4th this month) on the Firebird Suite, which is always fun to revisit on a different part, and playing a couple light pieces like La Gazza Ladra. I've always been a lead/principal player most of my life, and ever since the height of my dystonia back in 2010, I have been on 4th horn whenever I play in a group. That's not to say it's a bad thing, but it has taught me a lot and helped me also separate that ego from needing to be the best. All-in-all it has been an ongoing lesson.

I look forward to orchestra rehearsals every weekend! I LOVE it, very much. I forget how therapeutic it is and how much I need to be a part of a music group. Before I was either playing via demonstrating for students or having to play with them due to teaching. It's not the same as making music in an actual ensemble. Therefore, I never felt fulfilled to a certain degree.

I actually ran into a former CU-Boulder classmate who is a trumpet player, and also a bassoon player who use to volunteer to help out at concerts at the school I use to teach at for El Sistema. The conductor of this orchestra has a great sense of humor and I can tell it's a healthy environment.

I just recently watched a video where Dr. Farias discusses how one of the key components during the recovery process from any type of dystonia is re-introducing yourself to a former social environment or activity you use to do. It will greatly improve your wellbeing and facilitates the progress more than you would imagine.

I know that a lot of musician's with embouchure dystonia are not able to take this step for many reasons, or it can be just the mere fact that dystonia makes things so unpredictable and unstable at times.

Overall I am really proud of where I'm at and just taking my time trying to regain the last portion of my abilities. I feel as though I have about 70% of my abilities back, and on relapse days 60%. I know that's a weird figure...but I don't know how else to explain it.

I know a lot of people think, believe, or will tell you that embouchure dystonia is an absolute end to your dreams and career. The truth is that if you believe that B.S., it will do you nothing but harm and may even stop you from recovering at all.

Believing in a 100% recovery is half the battle. I seriously will not give up, even if I die trying. Even if I'm 90 years old and lost all my teeth...I'm not the quitting type, and the more the odds are stacked against me, the more fuel to my fire and determination to prove those out there wrong.

Anyways, I just wanted to share this moment in my life. It may seem like a small step, but small steps add up over time. I hope that it provides hope to others who may be afraid that they won't ever play among other musicians again, or even enjoy it.

That's all for now, have a wonderful day, and never give up on your recovery efforts! :-) 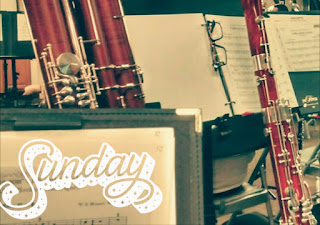