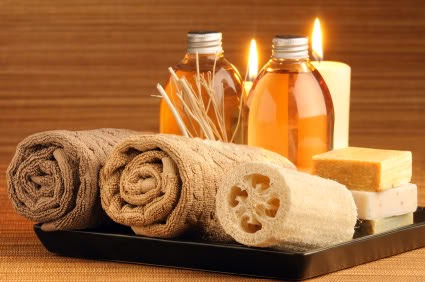 I think it was 4 weeks ago I had gone on a 2 and a half week stretch without acupuncture. I began to feel the soreness in my face start to creep back in and I had no idea what was going on. Things seemed to be getting better until then.

I was becoming worried. Also even though I'm only allowed to practice 15 minutes a week, I noticed my face was pretty weak due to the intensity of the sessions, so I backed away a bit and have been avoiding my horn as much as possible. However, when I did play, it seemed a lot worse...and I just didn't want to push myself. I realize it's going to take a lot more time.

When I went to my acupuncture appointment I realized my original acupuncturist must have went on maternity leave since there was someone else standing in. We went over my symptoms and paperwork. Surprisingly she specialized in (barnes?) myofascial release and acupuncture. She had some facial damage after a car accident a long time ago, so she knows what it's like being in pain.

There is a huge difference between myofascial release and just a facial massage. I don't know a whole lot about it yet, but will post more links after do some reading. She told me that repetitive movement (such as what I do with my jaw and facial muscles when I play horn) causes the body to build up connective tissue to reinforce the protection of the muscles from being overworked. This tissue becomes too strong and can cause a lot of problems such as nerve entrapment, TMJ symptoms, spasms/involuntary contractions, pain, and can cut off or lessen blood-flow to certain areas of the limb/body part.

She could tell immediately that the right side of my face had a lot of tissue built up and was tense....not soft tissue like it should be. She could see the left side of my face was the side that was weak and not moving properly. The right side also was so tight that the skin was pulling my lower lip....which is what I always see most noticeably when I play horn. Also when I open and close my jaw, the right side has so much tightness that it closes first more than the left side, and the left side is able to go down further when I lower my jaw.

Her aim in the first session was to release some tissue in my face and then do acupuncture to increase the blood flow to the trigger points or areas needed. This required her to push against the tissue on the inside of my mouth. It was very painful!!!!! But! Afterwards the reward was an enormous amount of relief of tension form my face. She was surprised to see an immediate softening of the tissue in one area, and even I could feel how soft my right side had started to feel compared to how it felt before. Even when looking in the mirror, I could see that my physical features were more aligned.

Even more pleasing, was how much less tense my jaw was when I slept at night. I feel like my right side joint had been able to close properly or seemed to sit properly...if that makes any sense. I had always felt like my jaw had been becoming more and more misaligned and thought maybe it was a wisdom tooth coming in or something, but the dentists said I had none coming in.

She's also working on opening up my C1 ...which I think is the cranial nerve?
I am really surprised as to what acupuncture is teaching me. When I first came in, I never expected for things to get so intense, as I only had a slight bit of throbbing in my cheeks...but thought it was because I had been playing a lot in rehabilitation. I never thought much about it. But the sore muscles became more constant and eventually became chronic soreness.......but it always remained in just the center of my cheeks. But once I received acupuncture, it's like all my nerves flaired up, sending signals. I felt certain areas all over my face start to feel sore, and I realize that these types of signals area always signs pointing to the fact that there's something wrong or that there's something more going on besides just the embouchure dystonia symptoms, or just the soreness in my cheeks.

However, the more I received acupuncture, the more relief I've been getting. But the myofascial release I believe is exactly what is getting to the source of my dystonia and pain relief. Acupuncture has helped with the nerves and blood flow in my face, and it's definitely done a lot to help, but myofascial has made such a huge difference in the structure of my face and feeling of my face from the inside-out, that I can't help but notice how significant it is to my recovery....and I've only had two myofascial sessions so far.

Anywhoo! I feel like it was a blessing or miracle that I met her!!!! I'm so glad she knows what I'm going through since being through something similar but different, and her passion about helping those with facial trauma means a lot! I got that feeling like I had fallen into the hands of the right person at the right time. Divine timing!

The soreness in my face was most noticeable near my ear and back of my jaw when I first started acupuncture in November. However after one session of myofascial release, it has now moved to primarily the front of my face and behind my ears, and the back of my head. I also am not allowed to play my horn at all. Which I think is really good. I can do this! She said that if the muscles are always in contracting-mode, they will remain contracted. We must teach the face to have the natural reflex of relaxing again. The body has "contraction" built into it now, and it takes a lot of repetitive work to reverse this and teach the body to relax instead of contract. That is the aim. So playing my horn would just reinforce contractions in my face, so I need to wait until I'm 100% recovered before trying anything again. And even then, I will have to of course relearn how to play my horn avoiding as much tension as possible.

I think myofascial release would be great for even non-injured/disordered musicians. Like sports medicine, but for musicians; it's good to have a licensed professional release some of that tension from the body from time to time.

I am really grateful to God for bringing these people into my life. My acupuncturists have changed my life and I have so much hope and faith with the relief they've given me in this short amount of time. I will do whatever it takes and be patient with however long it takes to make sure my face is relieved 100% of tension! :)
Posted by Katie A. Bergløf