Focal Dystonia is an Emotional Disorder? Since when? (continued) 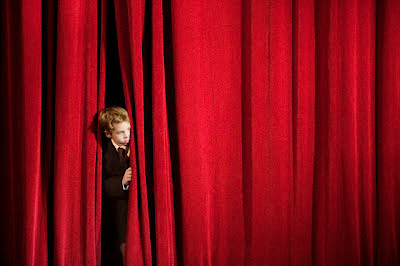 Again, I can't emphasize enough to read and talk about dystonia as much as you can to both medical professionals and non-medical/musicians who are rehabilitating or recovered before you make assumptions about what it is, or believe what another person "assumes" it is.

Surprisingly when you do a lot of reading or speaking to others who have various different types of dystonia you'll realize there are a lot of possible triggers. But with musician's dystonia, for some reason, they get stuck in the assumption that it is purely an emotional/psychological condition, and this gets passed around A LOT. What I have learned as I come across various viewpoints is to think critically and objectively....I analyze everything that I come across, but also keep an open mind. But throughout it all, there are some things I just can't help but flat out disagree with....and saying that it is psychological, an emotional condition, mental paralysis, or some type of neurotic perfectionism or anxiety disorder...I can't ever bring myself to believe that, nor support it.

There are professional psychiatrist and psychologist out there that say they can help overcome it, that it is an emotional/psychological condition because musician's are perfectionists who end up mentally blocking themselves from success due to the fear of failure or experiencing trauma, stress, stage freight, that they have seen improvement with many musicians through their work........but what scares me is....are they really recovering and getting to the core of the "unknown" source of dystonia, or is it only the first portion or step of the rehabilitation process, of the bigger picture? Is it a waste of time and money if too much time is spent on this area of recovery?

There are musician's I've talked to that make some type of progress through psychological therapy, and then the doctor takes credit for it as if it validates his belief, yet the musician goes on to spend more money with that doctor and finds years down the road their physical symptoms have not improved any further. Also even more so, I try to look at it objectively....how much information is the doctor giving out about the rehabilitation process? (What exercises is he using? If using some for of retraining muscle groups...then it's obviously not as simply explained as a psychological or emotional condition).That's not to say I don't think therapy isn't helpful, and isn't required, I just highly disagree it is the source of dystonia or the "cure all."

Here is a post I recently wrote in a group a couple weeks ago:

Like Leon Fleisher (who has Focal Hand Dystonia after physically injuring his hand), I had a muscle tear/physical injury that resulted in nerve damage and Focual Embouchure Dystonia.

Though I believe psychological therapy helps in the beginning because it is a huge loss and setback and not everyone deals or handles well with their emotions...it's definitely necessary to have your mind in the "right" frame of positive thinking before you start working on physical rehabilitation, to come to terms with everything...I don't think it's the answer or "cure all" to all types of dystonia's.

There are a lot of guesses as to what the culprit is, for some it's genetic, physical injury, overuse, psychological, a change in mechanics (ex. an embouchure change), or nutritional. There are many cases where these all come into play...the only thing we do know is that when a dystonia is present, it is neurological-based from then on - meaning the brain and sensory are now sending mixed signals which can be reprogrammed....not easy though, not something that can happen overnight, but definitely achievable.

I've come a long ways and all my spasms are almost completely gone, have been subtle and beneath the surface for the last 2 months, and now I can move my focus onto flexibility. A lot of people avoid talking about the physical/sensory-motor retraining it takes to lead to progress, and a lot focus more on their setback in terms of emotions.

‎...a lot of people would rather believe it is something in their head that can be fixed, rather than neurological and real...grounded in reality and physically addressed through rigorous retraining. I think that is a fear in itself. They want a blunt answer, a cure, a direct source, a simple answer right away to focus on.

When I read the statement: "These emotions come from trying not to play the instrument wrong rather than concentrating on playing the instrument right."

Do I honestly say, "oh wow, that is so true, what was I thinking? Maybe I really don't want to play my instrument right? Maybe I can't handle the pressures of the profession? Maybe it is all in my head? I'm mentally paralyzed?"

....lets be honest. For some few that is a possibility, but for many musician's who have been playing their instruments naturally or "right" for many years without anything catastrophic happening to them, it doesn't make sense that all of a sudden they are psychologically rejecting their own instrument just because of stress and stage fright when it has never been an issue before. Now, it would be a different scenario if they had stage fright their whole lives to the point that it really effected their well-being/happiness or chronic anxiety or depression...don't you think it would have stopped them sooner?

ALSO, the thing about dystonia is that it is present even when relaxed/calm. If it was anxiety, you would have symptoms of anxiety; accelerated heart rate, shallower breathing, less focus, nervousness, and somewhat shaky - but usually not isolated to a specific/particular movement (for example with embouchure dystonia you might be able to play a passage in your upper register, but not middle-to-low). When dystonia symptoms occur (the involuntary muscle contractions), they can happen even when you're in your most comfortable place (ex. your room), while relaxed and alone, and not thinking about it....they still occur. So why on earth is this associated to anxiety and fear of failure?

Yes, as musicians we tend to be perfectionists or think critically, but that doesn't make everyone at high risk for being thrown into the circle of "psychologically damaged." It's an illogical fallacy...that's like saying, "Joe plays football. Joe is a dumb jock." Might as well say, "Joe is a musician. Joe is a perfectionist who is blocking his own success."

NOW, I do believe, and again this is my own views/opinion. That adrenaline (the flight-or-fight reaction) heightens the dystonia symptoms...but it is an indirect correlation. The best example I can think of is Migraines. Migraines are genetic...stress heightens the symptoms, and it can even lead to a Migraine, but it is not the source of the Migraine, nor the cure to getting rid of Migraines permanently. This puts musician's with Dystonia at a huge disadvantage then...it may be our last obstacle/hurdle to overcome before playing on stage again. Even the most calm and relaxed musician with dystonia has to deal with the adrenaline rush. We need that adrenaline to perform, because we are passionate, expressive, and it brings out the best in us when we can control it to a degree...but in the case of dystonia, it is less of help. Trying to suppress the adrenaline though is like killing that passion and excitement we bring to stage...the aura...our stage presence. Again, I don't believe dystonia's source or cure is anxiety, a fear of failure, an emotional condition, psychological, or some form of mental paralysis. I believe that it has many culprits that are known to trigger it, and that when it is finally initiated it does so in the brain/through our sensory-motor function...it is neurological. And that is my primary focus in rehabilitation....sensory-motor/embouchure function retraining.

So when someone tells me that it's emotional, all I can say is...of course when a person has a huge setback like this, they aren't immediately going to want to play their instrument, especially when they become debilitated it is easy to start thinking negative (ex. "I don't like the way I sound, I can't do this, it's no use.")....but that doesn't mean it's the source of dystonia....it may be the beginning of what needs to be addressed in recovery, but it is not the source or "cure all." That's just my two cents.

Email ThisBlogThis!Share to TwitterShare to FacebookShare to Pinterest
Labels: Myths of Dystonia