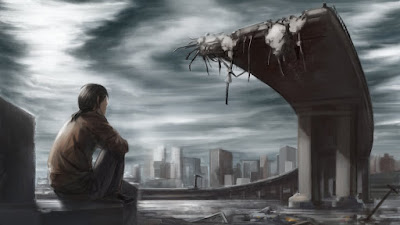 Sorry I haven't had time to update my blog in forever. This is why....I've been working like crazy to balance all the areas of my life; especially work/finances. I currently work for El Sistema Colorado, American Music School, Taylor Robinson Music, and I just got a sub-license. All of this to keep my head above water this year.

All I can say is that some things in life are inevitable. You try your hardest to avoid it, but even when working with a team to prevent things from ending, sometimes they do, nonetheless. 2016 has been tough. Last year in January of 2016 I received the news that two of my co-teachers who lead the 4th & 5th grade brass and woodwinds/band class with me were being laid off. That was tough because all of a sudden I was alone three days before the first day of classes started and feeling like I had lost a great team. Part of why I love El Sistema Colorado is because we co-teach most things. It's so much more effective and the students feel like they are surrounded by a family of teachers dedicated to them. It was hard, but I made it.

On top of that we ended our year a month early. Coming into this year I received a phone call in the August of 2016 asking if I would like to continue with ESC as a teacher, but only offered 16 hours a week (I had 32 last year) since there wasn't much funding, no lesson planning time paid for, no instrument maintenance time, no staff meetings, no core-group/nucleo meetings, no pre-concert planning meetings, and strict time on hour limits, no instrument repairs, teachers could only work a certain amount of hours at a concert at the beginning of the year, no paid-out time ...no accrued vacation hours, no benefits this year...whereas last year we had all of this available. The pay rate would change depending on what us teachers where doing; one pay rate for lead teaching, a different one for assisting, another for meetings and concerts. I was also told that there may be a possibility that the brass & woodwinds program I teach most likely would be cut in January 2017.

I said yes because despite how gloomy it sounds, I love this organization so much, and it is my livelihood! I wouldn't want to be anywhere else. I ended up with more hours due to another teacher declining a position, so I filled it and went up to 21 hours. I also started teaching private music lessons on the weekend to fill in more hours.

Right away we had a lot of teachers leave. Most of them had excuses such as moving, getting a full-time teaching job elsewhere, or too many gigs, a lot of them were actually upset with the way things were heading, or scared of getting laid off. I worked hard since August to try to get another part-time job encase things got worse. I even advocated to keep the brass & woodwinds program going at Garden Place Academy.

In November 2016 we received an email asking about ideas for next year; example - should we move to salary positions, should we hire all teachers on as full-time in order to receive benefits, should we move all after-school programs to one hub?, etc. We received the same questions last year as well...so it seemed that maybe things were getting better since they were asking us this. That's at least what I assumed.

But then early December 2016 we received a letter saying that our after-school programming at all three schools was ending two and half weeks early due to not enough funding. As teachers we vented to our lead teaching artists about how we didn't feel included in anything. Why can't we fund-raise as teachers? Why is it just left up to administration or the board? Why can't we be included on information about the organizations finances? Why are we left out until it's too late to do anything? Why are we told to promote matching grants a day before they are due? or just sent a link to Colorado Gives in order to try to fund raise? Isn't there more we can do as teachers? If someone would just help us organize a fundraiser for our nonprofit, we'd do it, even if it meant not getting paid. I'd work overtime on no pay just to get the organization back running. We all would if it came down to it.

Finally we got a little bit of answers; that our organization's start-up money funding was winding down, and that it generally only covers about 4 years, and we are into our 4th year of programming. On top of that our organization grew too big in a short time. We expanded to serving three schools in Denver. We're one of the best El Sistema organizations! We also didn't have an executive director for over a year, and they had to rebuild networks and partnerships, etc.

The administration and board worked tirelessly to send out letters to donors to get funding, etc. At least that's what we were told. But still, all of us teachers feel like things are always so ambiguous. I understand that keeping a nonprofit afloat is not easy, but communication has always been an issue. Every survey we filled out that asked what our organization could improve on  - at the top was communication.

Then the worst news came two days after Christmas (Yes, literally yesterday!)  my boss called me and informed me that the board has decided to end El Sistema Colorado programming on January 31st due to lack of funding. In-school programming starts January 9th, after-school January 16th, and then we end the 31st. Literally only 3 weeks, and we're done for the year .

It hasn't really hit me yet. Neither any of the LTA's saw it coming either and it's a huge blow to all of us. Every single one of us has to drop things and find new work if we haven't already got a second job lined up. There's nothing like being laid-off three weeks into school. I was told that the board hasn't approved up ending in January 31st quite yet, and that they are trying to push the funding out further through February at the latest. They are trying to push whatever money they have left to Bruce Randolph High School since it needs the most. So I was asked if I would consider staying on board for after-school programming there if that's what ends up happening. I said yes.

I luckily just received my Sub-Authorization through the Colorado Department of Education. So hopefully I can pick up subbing hours. Also waiting on to hear if I get hired for a part-time band director assistant position I applied for not long ago. I also opened up more of my private lesson schedule hours.

I'm not writing this in anger, but in sadness and disappointment. I love ESC and we are all hoping and praying that the board or administration, or whoever is in charge (now that they let go of the executive director as well) raises enough money to start El Sistema Colorado programming again in August of 2017. For now, we wait and see what happens. It's more devastating having to say goodbye to all the students and explain to them why they might not see us again. It's really hard. But if asked to go through this again, I'd say yes. So many of us would because we put in all the blood, sweat, and tears; our all into making this program great.

I posted the photo of a broken bridge because it's how I always am left feeling when a path I expected to be on for a long time comes to a short end. I'm not sure what's ahead, and as sad as it sounds, I'm actually use to it, so I feel I have the strength to move forward. As I said before, rising from the ashes is what I do best. Music is my purpose and calling, and no matter what happens, I will find a way to continue on my music path in one way or another. It's who I am, and who I'll always be...a musician who knows how to persevere despite all setbacks.
Posted by Katie A. Bergløf