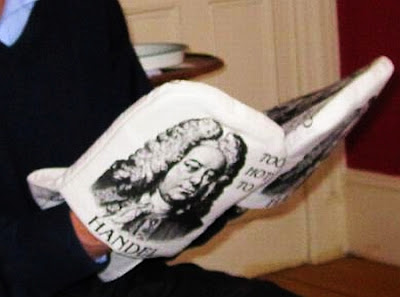 Today I realized that some more sensory is coming back. Before I had dystonia, grasping onto a note was like a magnet grasping onto a metal bowling ball; and even could adjust the grip if I wanted. But with dystonia, it's like your hand in an oven mitten trying to grasp a bowling ball with no magnetic leeway.

In the past I've talked about how the sensations feel over time as I've regained sensory. At first it felt like I couldn't hold onto a note at all, it was worse than the oven mitten feeling....it was more like two magnets that repel each other/push away from one another. But fortunately I can say I am past that stage. More hopeful than ever, I'm now at a point where recently I noticed I can bend lower into the note or aim and hit the lower portion of a note. If you're into lip bending (I tell my students it should be renamed Airbending), you'll understand what I'm talking about, or if you understand the concept of finding the center of a note.

Non-dystonia suffer's have control over adjusting their grasp on a note. They can bend it up, bend it down (lip bending) by pushing air/resistance against it and adjusting it. The closest analogy I can think of is something the four hornsmen said which perfectly described it:

Imagine you have a tank of water, the further you try push your air through that water to go deeper, the more resistance you feel, but when you are just skimming the surface of the note their is less resistance, and also equally less resistance once you've bent a note too far and right on the edge of flipping the note. To find the center of the note, you push down into that water deeper, and when you hit the core of the note, it resonates. You can feel this, hear it, and even overtones if listening carefully....it fills the whole room and usually right on center pitch if you're playing with a strobe tuner. This isn't their word-for-word, so I'll probably have to find the piece of paper that I kept which explains it and put it on here. But this is the best way I can describe it.

For months on end I've only had grip over the top of the note...fluctuating between skimming the surface and grabbing onto the surface momentarily or for a couple seconds. As it's improved over time, the grasp has slowly gotten better...yet, it fluctuates, just as all my dystonia symptoms effect me - it can seem sporadic. However, today I felt I could hit the bottom of the note, and almost to the center, but not quite yet....but very close...and for a longer period of time.


Posted by Katie A. Bergløf