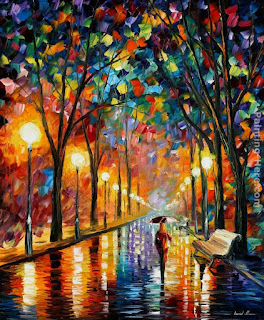 One of my co-workers at work quit a couple weeks ago, so for the past 3 weeks I've been literally working over-time along with my other team members. Unfortunately I haven't had much time to blog, but I did have a great practice session today and got up early just so I could blog about it! I'm going to tag it under my practice journals.


I've noticed lately that I've been regaining control over my lower lip and chin muscles...and surprisingly I just realized how much of a huge impact they have over my playing. I guess I'm more wide-eyed because I naively always thought that my corner muscles were always the main muscle group being effected in my embouchure. But now I see that though my corners are the support, it's my chin muscles which give me flexibility, and my lower lip movement (rolling in/rolling out motion) has more freedom to flex if my chin muscles have the control to support it. Maybe this sounds crazy?

I guess what I'm trying to say is that I always felt like dystonia took away control in my upper lip and corners more, and even though I know it was effecting my chin muscles, that it effected my whole embouchure, I never realized how much control it took away from my chin muscles as well, because it's more visually noticeable than physically...until now where I finally feel the impact it's had as I regain control over this group of muscles.

So much of my progress has been sporadic in the past, for almost a year, until recently I've been having less re-lapses. I also noticed that my progress comes in layers, very gradually, and my symptoms reduced in a reversed order.

For example: when I first started having dystonia symptoms it was subtle and just on my G and A, I started noticing air-leaks, then spasms started to creep in now and then, next I started to struggle with decrescendo's, then with playing soft, then with tonguing, and certain passages, and certain styles were more difficult too because it exposed my symptoms more (like Mozart's horn concerto's which had always been a favorite of mine and suddenly it became my worst nightmare), I started losing control of my larger movements (larger interval jumps and register changes/transitions), and pretty soon the spasms were more than noticeable, especially after I took time away from my horn (though I still think that's very important and absolutely necessary - taking time off, and pacing yourself), and also buzzing became difficult as well, and pretty soon I just struggled to grab onto a note or move or produce a sound....or even drink out of pop can! I even had to collapse my corners in order to drink out of a tin pop can or water bottle, it was such an odd sensation.

But when I started to recovery through rehabilitation the process went in the opposite order: First buzzing abilities came back, then it took a while to grab onto a note on my horn (I had to focus on the notes I could hold and work my way into others when could by adjusting or finding patterns), at first I could only play in my pedal register, then I worked my way into to low register, then middle register, then mid-to-high register (which is still very difficult for me endurance-wise). For a very very long time it was just learning how to reduce the spasms, and focusing on finding a comfortable spot that I could keep working on even if I had spasms...I was always searching for leverage. When I improved, it was very small steps, and slow and also every time I started working in a new register the progress in each register varied....of course it was much more difficult in my mid-to-low range. Gradually I learned how to grab a note, then articulate them through air-attacks, I found passages that worked for me, then I regained control over smaller motions (interval to interval; m2 to m2), then eventually it widened, then over slightly larger movements, and then different range transitions. As well it took a lot of slow practice, lots of patients, and I had to listen to my body....I couldn't do certain things until my muscles had regained some type of control over a long period of time; when my spasms reduced, then I saw my corner muscles improve and this helped me be able to work my way into different registers, then later my lower lip with transitions, and now....

....lately I've noticed my chin muscle control improving, as well my lower lip flexibility. When I look in the mirror and see and feel the flexibility I noticed this also helps support my corner muscles because it some-how evens out. I'm just listening to my body, and I though my chin muscles may not always flatten out or pull down all the time when I go lower, they do it a lot more than they use to...and it's not that I'm forcing them to either, it's that they naturally want to now for some reason....it's very weird when I notice these subtle changes, because most often it's as if your brain decides to cooperate and send the right signal to your face? You're lucky if it happens once, but to see it two times or three or four...then you know somethings giving way to a new re-wiring or improvement.

It's also one of my good days! However, I always look as everything as a step forward in a positive direction; the good days are the best days, and the re-lapse days are a sign that I've made improvement.....like someone else stated in the musician's with dystonia group, "You can't have a re-lapse without improvement!"

As well, it's important to not overwork yourself on those "good days", which can be easy to do....you get so excited to see improvement and pretty soon you can hear yourself thinking "Maybe just a little bit of Mahler"....nahhhh! haha...just joking, but it seriously is easy to push yourself too hard in the beginning, especially when you see improvement because you want to hold onto that good feeling, that sense of feeling and control you have for the time-being, and then you end up with more tension in your face and need to take a 3-4 days off of playing just doing stretches, resting, and ice-pack if swollen. However, like I said, rehabilitation takes a lot of patience and being very aware of your body and signs of tension.

My best example of what embouchure dystonia can be like is; imagine if someone injected a sticky substance like glue into your lips (but not a really hard type of glue, one that melts and hardens and melts), it makes your muscles stiff (like hardened glue) and your movements seem so difficult to adjust, and when you try to focus on holding a note that's when things are very unstable (like melted glue or something slippery) and you can't grab onto a note and your lips won't stop quivering or spasming  due to no stability, and when symptoms are at their peak/height you try to blow into your mouthpiece and can't produce a sound because it feels like your lips are glued together, and when you try to play a certain passage your tongue acts like it's been injected with Novocaine. It's like trying to go right and your brain sends you left...you try to articulate a low G, and you end up playing a completely different note or no note at all...your brain is sending mixed signals and you don't know why. Again, this is when dystonia is at it's worst, but it starts off very subtle, which is why it's hard to catch or know if you have dystonia. Mine started off as air-leaks and a bit of wobbles on and off in my low register, and it was fairly easy to cover up in the beginning when things weren't so bad, so it's easy to mistake it as technique issue that needs work on, when it was dystonia and something out of my control.

Anywhoo, I'm so happy to see the progress that is coming along, I can't wait to record my next video...someone had asked me to do a video where I show what my symptoms are like when I play through an etude or excerpt. I can understand why, because I haven't played anything melodic or solo examples in my videos, except just scales. So that will be posted soon, as well a video where I am playing into a transparent mouthpiece.

Also I was thinking, and maybe I'll write a blog over this, but my past attempts at rehabilitation were good, but not patient enough to see a full-recovery. Part of it was because I needed more time off for my injury to heal, but also I think part of it was because I lacked the patients I do now. Progress doesn't come in a day or a week, or a couple weeks, it comes in months, and in the beginning like many others I had unrealistic expectations and was a bit impatient sometimes. Patience is key! Not to rush things, and not to expect improvement over-night or for the progress you do make to stick around as long...re-lapses happen all the time in the beginning (ups and downs/very sporadic), it can be unbelievably frustrating, especially if a majority of your abilities use to be primarily naturally given. It's definitely been a long journey, and like many others I realize it's a change in life-style as well...you are forced to focus on rehabilitation as a journey, and as a very slow process, but enlightening as well. In a sense it has been a huge life-altering change for me, but also a blessing in some senses....I'm now much more pro-active about musician's injuries and trying to get others to treat themselves more like athletes within this profession.
Posted by Katie A. Bergløf